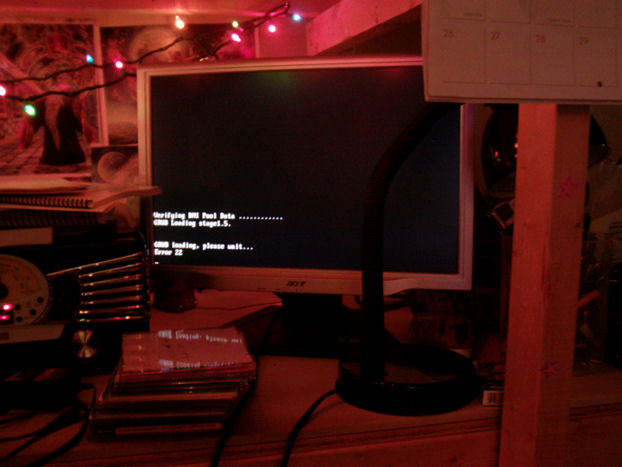 As The Linux Machine is switched ON:
1. A boot loader finds the kernel image on the disk, loads
it into memory, and
starts it.
2. The kernel initializes the devices and its drivers.
3. The kernel mounts the root filesystem.
4. The kernel starts a program called init.
5. init sets the rest of the processes in motion.
6. The last processes that init starts as part of the boot
sequence allow you to log in.

1)  BIOS is the lowest level interface between computer
and peripherals.
The BIOS performs integrity checks on memory and
seek instructions on the Master Boot Record (MBR) on the
floppy/HDD.
2) The MBR points to the boot loader (GRUB or LILO: Linux
Boot Loader)
3) Boot loader (GRUB or LILO) will then ask for the OS label
which will identify which kernel to run and where it is
located (Hard drive and partitioned)
4) The first thing the kernel does is to execute init
program. init is the root/parent process to all processes in
the Linux.
5) The first processes that init starts is a script
/etc/rc.d/rc.sysinit
6) Based on the appropriate run-level, scripts are executed
to start the various processes to run the system and make
it functional.

It looks for boot loader in floppy, cd-rom, or hard drive.

Once the boot loader program is detected and loaded into the memory, BIOS gives the control to it.

So, in simple terms BIOS loads and executes the MBR boot loader.

It is located in the 1st sector of the bootable disk. Typically /dev/hda, or

MBR is less than 512 bytes in size. This has three components 1) primary boot

It contains information about GRUB (or LILO in old systems).

So, in simple terms MBR loads and executes the GRUB boot loader.

If you have multiple kernel images installed on your system, you can choose

which one to be executed.

GRUB displays a splash screen, waits for few seconds, if you don’t enter

anything, it loads the default kernel image as specified in the grub

Grub configuration file is /boot/grub/grub.conf (/etc/grub.conf is a link to

this). The following is sample grub.conf of CentOS.

it contains kernel and initrd image.

So, in simple terms GRUB just loads and executes Kernel and initrd images.

Mounts the root file system as specified in the “root=” in grub.conf

Since init was the 1st program to be executed by Linux Kernel, it has the

and the real root file system is mounted. It also contains necessary drivers

compiled inside, which helps it to access the hard drive partitions, and

Looks at the /etc/inittab file to decide the Linux run level.

Following are the available run levels

Init identifies the default initlevel from /etc/inittab and uses that to load all appropriate program.

When the Linux system is booting up, you might see various services getting started. For example, it might say “starting sendmail …. OK”. Those are the runlevel programs, executed from the run level directory as defined by your run level.

Depending on your default init level setting, the system will execute the

programs from one of the following directories.

Under the /etc/rc.d/rc*.d/ directories, you would see programs that start

Programs starts with S are used during startup. S for startup.

Programs starts with K are used during shutdown. K for kill.

There are numbers right next to S and K in the program names. Those are the

sequence number in which the programs should be started or killed.

For example, S12syslog is to start the syslog deamon, which has the sequence

number of 12. S80sendmail is to start the sendmail daemon, which has the

sequence number of 80. So, syslog program will be started before sendmail.

There you have it. That is what happens during the Linux boot process.